Where Will What You Know Go When You’re Gone? 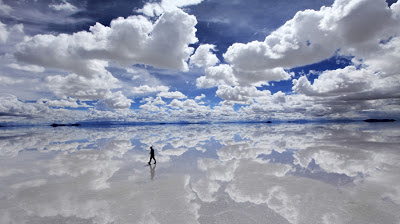 If you’re a knowledge worker, you know things that relatively few other people know. Maybe even that no one knows. What happens to that unique knowledge base when you’re no longer with us? Does it just disappear?

It doesn’t have to!

Long, Long Ago. . .
There was a time when someone knew how to make fire where none existed. Everyone assumes that that person passed on his (or her) knowledge to someone else, who in turn spread it to others, and ever since humans have known how to kindle fire.

But who’s to say it happened that way?

Consider this scenario: someone by some miracle figured out how to make fire where none existed. That was pretty cool, and everyone thought he (or she) was pretty important for being able to do that. But that person decided for whatever reason not to let anyone else in on the secret.

Then one day a saber-toothed tiger happened along and spied that person with the specialized knowledge. At the right moment the animal pounced, and in a matter of seconds that person became a meal for the tiger and its family.

The knowledge of how to make fire disappeared.

Years (or for all we know, centuries, or conceivably even millennia) went by until another person by some miracle figured out how to make fire where none existed.

Aren’t we all glad that someone back there share their specialized knowledge with others?

Here and Now
I submit that the same, exact thing needs to happen today. Only exponentially.

Almost every person reading this post is a knowledge worker. That means you know things no one else knows. I’m talking about things you’ve discovered, learned, come by. Not with formal education, but by personal devotion to your particular calling.

I know a woman who has in-depth, longitudinal knowledge and expertise for educating first-graders.

I’m aware of someone who knows more about designing and crafting a prosthesis than anyone else in the DFW metroplex (where I live).

I know someone who has perfected the craft of making artisan bread such that he can taste a pinch of raw dough and tell you a hundred ways to improve it.

I know a man who has read, assimilated, and correlated virtually everything that has ever been published concerning human personhood.

Every knowledge worker knows something. Something unique. Something rare. Something only they have discovered by personal and longtime devotion to their area.

What happens to that knowledge when they’re gone? Does someone have to figure that out from scratch all over again?

Yes, they will—unless the person who knows passes on what they know. What a treasure they would leave behind if they did! What a waste it would be if they didn’t!

How can you pass on what you know? Here are three obvious ways:

1. Write it down.
Who knows whether Leonardo da Vinci was the greatest observer of all time? One thing is certain: we know he had a keen eye and an incredible intellect because he wrote and drew so much of what he learned in his sketchbooks. To this day, people study his journals because they are both insightful and inspiring.

But how many other geniuses like Leonardo have there been whose understanding died with them? For example. . .

Whoever built the pyramids left no record for either how they were constructed or who actually did the work.

Likewise, the formula for Greek fire, an incendiary weapon used by the navies of the Byzantine Empire, died with its inventors.

And isn’t it too bad that the maker(s) of the Stradivarius violin and other stringed instruments never bothered to record the magic behind their art?

Whatever you know. . .write it down!

Forget writing just to get published. That’s too much pressure for most people. Just keep a journal or a notebook, like Leonardo. Or write a blog, which is sort of a drip, drip, drip method of downloading the contents of your mind over time. At a minimum, jot down notes and brief summaries of your knowledge, observations, and insights and collect them in a folder (it would help if you make them legible).

2. Speak it into a microphone.
If you can’t stand to write, then try recording your thoughts on some sort of recording device. In some ways that’s even better than writing, because a recording captures your voice and personal dynamic.

Some people feel awkward talking out loud with no one else around. In that case, invite someone to get into some dialogues with you, and record the conversations. If you can find someone with a gift for interviewing, so much the better. Work with that person to develop a set of questions designed to pull out of you what you know.

If you’re looking for a model of how all this works, take a look at the TED talks on-line. The videos posted there show people giving lectures on their life message. Relatively few of us will ever get our material on TEDS. But so what? As long as it’s recorded somewhere, so that someone who would benefit from it can access it after we’re gone.

3. Impart it to another person—preferably a younger person.
I hesitate to tell you to “teach” or “mentor” other people, because there are so many stereotypes associated with those terms. But that’s really what I’m talking about. One thing knowledge workers desperately need to embrace is the historical concept of the apprenticeship—the arrangement whereby someone with specialized knowledge agrees to work with someone else who wants to gain that same specialized knowledge.

To allow someone else (who desires) to see the world through your eyes is an incredibly valuable thing. Because if they “get” what you know, they will be able to stand on your shoulders and see things that they could not otherwise have known. But they’ll also see things you yourself could never have known. How cool is that?!

The point is: who are your apprentices, your “disciples,” your learners? Who are you investing in so that they can behold vistas you’ll never even imagine?

Question: Consider that you have the privilege of knowing something that NO ONE ELSE in all the world—and conceivably in all of history—gets to know. What is that thing? Tell me how you plan to pass that knowledge along to succeeding generations.