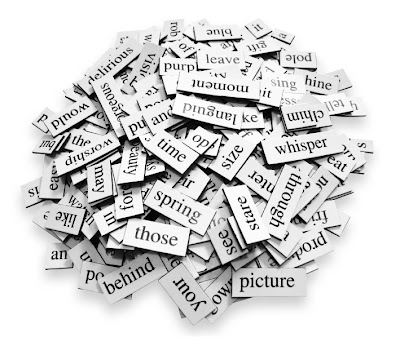 When my Dad entered the fourth grade, his reputation as a troublemaker had preceded him. “I’ve heard all about you,” his new teacher told him pointedly. Then she went on to say, “But I don’t believe a word of it!”

Dad credits that moment as the beginning of a turnaround that affected the course of his life.


Have you ever noticed how children know from an early age which kids are good at what—even at being “bad,” like my Dad was?

Even at recess, everyone knows from experience whose team they want to be on. Joey is acknowledged as the best pitcher. Sam has a great arm. Shelly is really fast. And Kendra is a great team player, even if she isn’t all that athletic.

As children, we figure out pretty quickly who is gifted to do what.

But then we grow up. And for some reason, most of us have long forgotten what we knew as children: that everyone is different, and everyone is good at something.

If only everyone knew what they are instinctively born to do and did that thing! The world would be infinitely happier and more productive.

Sure you have. Somewhere along the way you’ve been served by the waiter who put on a show for you in the way he handled your table.

Or the yard guy who took extra care in the way he mowed the grass and trimmed the hedges.

Or the nurse who seemed so helpful and proficient that it almost made you want to be in the ER.

Or the teller at the bank who never allowed a visit to her window to be a boring experience.

Or the real estate agent who instinctively seemed to know what you and your family were—and were definitely not—looking for in a house.

Whenever you come across people like that, you can’t help but notice two things about them: they obviously love what they do, and they’re good at it.

So since you’ve experienced some people functioning that way, imagine everyone in the world working at tasks they love and are good at. How cool would that be?

Your Opportunity
I don’t know whether a world like that is possible this side of heaven. But I do know this: countless people who actually are quite gifted at what they’re doing have never had anyone acknowledge their giftedness. With the result that they’ve never even noticed it.

You could be the person who changes that. All it would take is five simple words: “You’re really gifted at that.”

The next time you see a person who is obviously born to do whatever they’re doing, just stop and tell them, “Wow, you’re really gifted at that.”

You’ll likely get two reactions. The first will be a mixture of surprise and confusion. Along the lines of, “What are you talking about?!” In fact they may even ask, “What do you mean?”

That’s a great chance for you to be specific about what you’ve observed (you have to get specific, because I’m not just talking about flattery). For example: “Well, I can tell that for you, being a flight attendant isn’t just a job. You obviously care about what you’re doing. And you really seem to enjoy it. That’s great!”

Which will likely lead to a second response: modesty. The person will find a way to minimize or deflect your praise. “Oh,” the flight attendant will respond, “you’re kind to say that. I appreciate it. But it’s really nothing special. Anyone could do this job.”

I’ve heard that line a thousand times. “Anyone could do this job.”

All that proves to me is that the person does not recognize their own giftedness. Which is very common and very understandable, since we all live inside our own skin. When we use our giftedness, we don’t think about using it, we just use it. With the result that we don’t recognize it. It doesn’t seem like a big deal. After all, we wouldn’t think of doing life any other way.

But if someone is not aware of their giftedness, it’s going to be pretty hard for them to be intentional about using it.

I’d rather people knew what they are born to do and become intentional about doing it. Because then we would get the best of who they are. Which means we’d get their best contribution.

I’m certainly trying to do my part to help people awaken to their giftedness. But it doesn’t take a professional to see giftedness at work, and to praise it when you do.

Every time you point out that a person is gifted to a task, you open a door for their soul. You enable their heart to soar. Because, trust me, you are talking to the very core of their being. You are honoring their very personhood. You are affirming—and confirming—what their Creator put them here to do. I promise you, the positive effect of that on that person that goes beyond imagining.

And to think—all it takes to do that is five simple words!

Question: Can you give me an example of an encounter you’ve had with someone who was gifted to the task? Did you happen to point that out to them?

NEXT POST ON BillHendricks.net: Five Questions to Ask If You’ve Been Fired