Whatever You Learn, Learn to LEARN 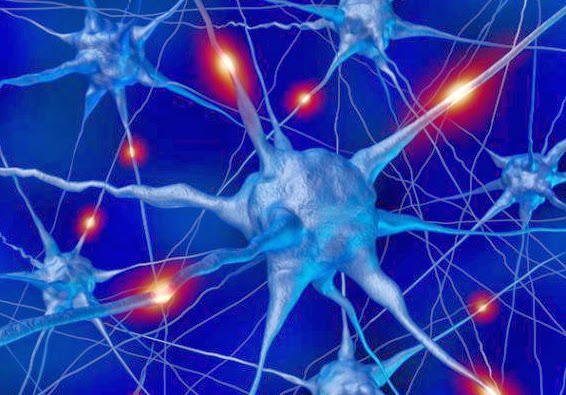 Turns out the most important skill you’ll ever need in life isn’t even taught in high schools, colleges, or graduate programs.  So what is it and where can you learn it?


Remember when you were in high school (maybe you’d rather not!)? Regardless of whether you did well there, in all likelihood you heard someone—a teacher, a principal, a parent—implore you to “work hard, study hard, do your best!” Why? “So you can get into college.” And why was that important? “So you can get a good job.”

But is studying hard in order to make good grades the magic formula for finding and holding a job? Not according to Laszlo Bock, senior vice president for people operations at Google. Here’s what he had to say last summer in an interview with The New York Times:

G.P.A.’s are worthless as a criteria for hiring, and test scores are worthless—no correlation at all except for brand-new college grads, where there’s a slight correlation. Google famously used to ask everyone for a transcript and G.P.A.’s and test scores, but we don’t anymore, unless you’re just a few years out of school. We found that they don’t predict anything.

What’s interesting is the proportion of people without any college education at Google has increased over time as well. So we have teams where you have 14 percent of the team made up of people who’ve never gone to college.

How can that be? How can one of the world’s most innovative, cutting edge, “fast” companies engaged in nothing but knowledge work (no manufacturing, shipping, data entry, or other work that could be done by lower-skilled employees) maintain excellence through people who never went to college, let alone maybe didn’t end up in the top ten percent, or quarter, or even half of their college class?

Laszlo offers this insight to explain what matters:

After two or three years, your ability to perform at Google is completely unrelated to how you performed when you were in school, because the skills you required in college are very different. . . .

I think academic environments are artificial environments. People who succeed there are sort of finely trained, they’re conditioned to succeed in that environment. One of my own frustrations when I was in college and grad school is that you knew the professor was looking for a specific answer. You could figure that out, but it’s much more interesting to solve problems where there isn’t an obvious answer. You want people who like figuring out stuff where there is no obvious answer.

The Skill of Learning
Bingo! The most important skill anyone can ever possess in today’s workplace (or in life for that matter) is the skill of figuring stuff out. In other words, the skill of learning.

If you know how to learn, you’ll be invaluable. If you don’t—well, make peace with the fact that you’re always going to work at a fairly routine, paint-by-the-numbers job that doesn’t ask much of you. It’s that simple. (Oh, by the way, routine, paint-by-the-numbers jobs that don't ask much of people are soon to be jobs that will be done by machines.)

Countless scenarios in today’s work world require you to figure out what to do when you don’t have a classroom or a teacher. In the work world of tomorrow, you’ll only encounter more of those scenarios. Which means the work world will favor those who know how to learn.

Is that skill among your most advanced capabilities?

Seven Thoughts On Learning to Learn
If not, here are seven ideas for stimulating your learning juices. . .

(1) Get curious.
Born learners are instinctively curious. But what if you weren’t born that way? Well, then, admittedly you’ll have to “work” at it. Sorry! It’s like people who aren’t born athletes who still need to exercise. You have to gin up the energy to do it. But in the end, it’s worth it.

Here’s one suggestion: pick one thing a day to do differently. Just because. For example. . .

• Drive a different route to work.

• Eat lunch at a different place than usual.

• Listen to a different radio station on the way home—one you’d “never” listen to!

• Grab a cup of coffee with someone you’ve never gotten to know before, and ask them this question: when you were growing up, what did you think you wanted to do when you grew up, and how did you end up doing what you’re now doing?

• Ask someone younger than you to show you their favorite app.

• Identify something that totally drives you up the wall and Google it to find out who its main supporters or champions are, and why they back that thing.

(2) Pick an area of specialization as a frame of reference, and go deep in that area.
The world is a massive place, with tons of stuff going on—infinitely more than you’ll ever be able to grasp. But one way to apprehend more than you would/could otherwise is to pick one thing to know in-depth, and then use that expertise as a basis of comparison for understanding other areas.

I myself have a decent background in literature and the humanities, with a special focus on the area of human giftedness, which deals with people’s individual narratives. That may not seem like anything that would help me understand science and technology, or sociology, or economics, or political theory. Yet there are countless tie-ins between what I know and other fields of knowledge. By knowing one thing well, I have better tools to understand a lot of things well enough.

(3) Read habitually and read widely.
In the wired world, dominated as it is by so-called “social media,” it’s easy to snack on tasty morsels but not dine on things of substance—things that nourish.

But true thought leaders have this in common: they read habitually and they read widely.

Books and articles represent people’s genius for figuring out what it all means. Why not avail yourself of their genius?

Seriously: if your job went away tomorrow, what would you do? If I were you, I would start preparing for that eventuality by learning whatever you need to learn in order to be ready, if and when that day comes.

(5) Play.
Learning doesn’t have to be dull. I know countless settings make it dull. But that’s their problem, not learning’s problem. True learning can actually be a lot of fun.

Whatever form it takes, have fun with it! Go to a museum. Form a study group or discussion group. Start a project. Go on a learning adventure (a trip, a tour, a review of a body of literature, a visit to see a person, etc.). Write a paper.

Whatever fun means for you, figure out how to link up fun and learning, so that you engage in “fun with a purpose.”

(6) Do something that doesn’t feel “safe.”
Learning is inherently disruptive. It takes you out of your comfortable patterns into new and unfamiliar places. That’s one of the major reasons why people resist learning. It’s actually resistance to change.

But there’s no way around change. You can stay comfortable and serene—and end up a fossil. Or you can press into the new, the unknown, the untried, and grow—and prolong your existence, along with your usefulness.

So what if you signed up for dance lessons, even though you feel like a klutz on your feet (trust me, that idea hits really close to home!)? What if you started learning a foreign language? What if you befriended someone who is totally and completely the opposite of you sociologically, politically, culturally, physically, and/or vocationally? What if you just went to eat in a part of town that feels totally outside your frame of reference?

I can’t think of anyone who has done anything of consequence in the world—from Alexander, to Leonardo da Vinci, to Magellan, to Bach, to Jonas Salk, to Mother Theresa, to Miles Davis—who didn’t go where they felt insecure and at risk.

I’m not suggesting you do something foolish. But if you’re not experiencing at least a little bit of fear (mostly fear of failure) somewhere in your life, I can guarantee you’re not learning much, if at all.

(7) Find a teacher.
A few rare souls somehow have a gift for learning on their own, and they don’t require a teacher. But most of us aren’t like that. To learn, we need another person—a teacher, guide, tutor, sponsor, mentor, coach, or whatever role you want to call it. Someone who knows what they’re talking about and can make it safe for us to try our hand at cultivating knowledge and skills.

Maybe the most important reason we need a teacher is because a real teacher infects others with a desire to learn. Just being around them makes us want to know more, try more, do more.

If you don’t know how to learn, maybe the best move you can make is to find someone who knows how to cause learning to take place.

Which leads to a bonus thought. . .

(7a) Figure out how you learn.
A moment ago I asked the question: How do you learn? That’s a REALLY important question to be able to answer.

(By the way, learning does not automatically equate to academic learning and classes and grades and degrees. Some learning takes place that way. The vast majority of the learning that humans do does not.)

If you’re stuck in a rut and not learning anything, it may be because you’re not doing anything that accommodates your learning style. Why not give yourself a break and do something fun and interesting, the way you learn?

Question: How important is learning in the field you work in?

NEXT POST ON BillHendricks.net: Five Ways to Identify Your Strengths