“I’ll Pretty Much Do Anything” 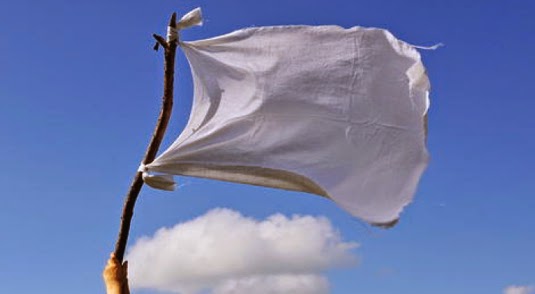 A tough job market. Bills to pay. Perhaps student loans to re-pay. Pressure to hurry up and get a job. Faced with all that, many people tend to just settle for any work that will pay.


Recently I was talking with someone a year or so out of college. She was lamenting her dismal experience in trying to find work. After telling one heartbreaking story after another about applying for this or that job but never hearing the magic words, “You’re hired,” she concluded her tale of woe by sighing, “At this point, I’ll pretty much do anything.”

I nodded to show that I understood and empathized—but certainly not because I agreed. To my mind, the words, “I’ll pretty much do anything,” are a white flag of surrender.

Surrender to what? A bunch of lies, that’s what.

Beginning with: “There is no job out there with your name on it.”

Followed by: “Even if there were a job with your name on it, good luck, because the odds of finding it are slim to none.”

Perhaps accompanied by: “It’s a fantasy to think you can really have a job you ‘like.’ Nobody gets that. Nobody except a lucky few. And guess what? You’re not one of them. Hey, why do you think they call it ‘work’? You’re not supposed to like it. You just do it. It’s a necessary evil.”

Or maybe this one: “This just proves what you’ve secretly known all along: that you don’t really have what it takes to succeed in this world. You never were smart enough (or good looking, or well connected, or disciplined, or outgoing, or persuasive, or dynamic, or crafty, or whatever enough it is that supposedly guarantees success).”

Believe the Truth, Not the Lies
Look, I get it that each of us has to figure out how to put food on the table. And also that the workplace can be a dog eat dog world. And that in many places nowadays a good job is hard to find.

But I think the lies I just mentioned—and others like them—are simply spiritual mosquitos breeding in the standing water of economic malaise, carrying the virus of hopelessness.

Here’s the truth: You are here for a reason. You’ve been placed here for a purpose. You do have core strengths that fit you to do certain kinds of tasks really, really well, and with great satisfaction. There is work out there with your name on it. You can get paid to exercise your gifts.

“Wow, that sounds like a lot of work, Bill.” Well, it is and it isn’t. Yes, it’s work in that you’re going to have do something. Your perfect job is not likely to just call you up and say, “We don’t know you, but congratulations, you’re hired!” No, you have to get out there and find that work.

But finding it need not be drudgery, because you’re working toward something. You’re not just acting randomly or meaninglessly. There’s a purpose to your efforts. You’re going somewhere. You know there’s going to be a reward at the end—a reward that benefits you. So you’re fueled by hope!

In the meantime, while you’re on that journey, you may well have to “wait tables,” figuratively speaking (or maybe literally) to make ends meet. Nothing wrong with that. It’s what people who dream often do: they figure out how to get by while they get going.

Which would you rather do: deal with disappointment and frustration in the pursuit of a vision that makes sense for you? Or let your soul shrivel up under the slavery of the lie that says you’ll never get paid to do something that fits you?

Settling is for silt. People are meant to rise up and live out the noble thing that their Maker has put in them.

Question: What’s a lie that has caused you to just settle for any job that pays?

NEXT POST ON BillHendricks.net: Oh, For Teachers Who Are Gifted to the Task!