The Hard Truth About the “Soft Stuff” 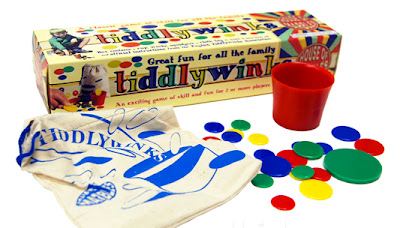 Everyone knows that business is about making money, right? Yeah, you have to employ these strange animals called human beings to do that. But it’s the money that matters. The people part? Well, that’s always been referred to (rather dismissively) as the “soft stuff.”

But guess what? We’re now discovering that the “soft stuff” matters even more than the “hard stuff.”

“Hard Stuff” vs. “Soft Stuff”
Let’s start by defining our terms. By the “hard stuff,” we mean money, profit, EBITDA (earnings before interest, expenses, receivables, taxes, depreciation, and amortization), numbers, quotas, volume, inventory, metrics, and all the other quantifiable pieces of running an enterprise.

By contrast, the “soft stuff” is the part of business that’s much more difficult to quantify. Things like morale. Or “chemistry.” Or team spirit. Or a person’s work ethic. Or their personality. Or integrity. Or judgment. Or emotional intelligence. Or horsepower. Or competence. Or pathology. Or evil intent.

The “soft stuff” tends to be the kind of stuff that no one can quite define, but we all think we know it when we see it.

The whole area of giftedness, which is my focus, is usually viewed in the business world as a “soft” category.

In short, the “soft stuff” involves just about everything in business that is human. Which means it’s impossible to employ human beings without paying attention to the “soft stuff.”

A $20 Million Mistake
When a company gets bought and sold, the accountants, financiers, lawyers, and other “numbers guys” conduct due diligence on the “hard stuff” to determine if the deal makes sense. Rarely does the “soft stuff” enter into the equation (since equations prefer numbers, not notions).

But one time some investment bankers asked for an evaluation of the people running a high-end manufacturing facility that their group had already purchased. They wanted to know how the successor to the CEO was going to fare in that role when the retiring CEO was gone. They also were planning to use their new acquisition as a holding company by which to acquire similar firms and significantly grow the volume of business. So they wanted to know how the six remaining executives would respond to that growth.

I did my analysis and then reported back to the investment group. I told them the CEO-elect actually had no intrinsic motivation to run anything. I said he would do great at representing the firm to its surrounding community, and perhaps his considerable innate abilities for promoting and publicizing things could be useful to the company’s marketing efforts.

As for the other six executives, I explained that, by and large, they were craftsmen. They loved taking on highly sophisticated, customized projects demanding real skill and creativity. I pointed out that high volume tends to mean a lot of routine, standardized work. That sort of thing would probably not be to their liking, and conceivably they might quit.

You can imagine, the numbers guys had lots of questions, and they grilled me for a couple of hours on why I was so sure of what I was saying, and on whether there were ways to mitigate my less-than-optimistic conclusions. I gave them the best ideas I had.

Later, I learned from a colleague who had brought me in on this project that one of the investment bankers told him, “Man, I wish we’d known all of that before we put $20 million into this deal.”

I agree. A year later, the new CEO of that company had left, and three of the senior executives had also moved on.

I tell this story simply to illustrate that the “soft stuff” matters. It matters a lot. In fact, it matters more and more the further we go into developing an economy based on information.

And people are not numbers. People are not hard. People are “soft.” They are highly complex. So much so that even psychometrics, which pretend to “measure” people’s innards, notoriously fall short in predicting actual behavior, let alone motivations.

For example: you could hook up a graphic designer (who is gifted to the task) with all manner of electrodes and sensors and other scanning devices to discover the physical footprints of her creativity in her work. You could end up with reams of data: brain wave activity, hormonal changes, galvanic skin responses, eye movements, breathing metrics, oxygen levels, muscle movements, digestive factors, sleep-related peculiarities, and the like.

All of that data would be true. But none of it would tell you what keeps that graphic designer up until the wee hours of the morning, focused on her delightful task of rendering an illustration that knocks the socks off of the people who will see it in an ad campaign that her firm is putting together.

In the end, you cannot measure people. You can only observe them. And if you know what to look for (and at), their behavior will tell you volumes about what drives their energy.

It’s that drive, that energy, that ultimately makes a business great—or not.

So anyone who thinks that all that matters in business is the cold, hard numbers is not only foolish, but hopelessly behind the times. They’re playing the game with a 19th-century mindset. Because knowledge work accesses more of people’s personhood than manual labor does. Knowledge workers don’t just bring their bodies to work. They bring their minds—and, if things are set up right, they’ll bring their emotions, and even their very hearts and souls to the task.

When that happens—when people are really engaged in their work and feel a personal stake in the outcome, which to them goes way beyond either their paycheck or shareholder value—incredible results are possible.

Just take a trip on Southwest Airlines. Pay a visit to The Container Store. Go shop at Nordstrom. Go buy some groceries at Whole Foods or Central Market. Those are companies that (for now) are paying lots of attention to the “soft stuff.” Sure, numbers matter to them. They matter a lot. But the people part matters even more.

Looking for a Payoff
As you can tell, I can get pretty worked up about this issue. So it’s not surprising that I once got into an argument with an accountant over it. We went around and around. He insisted that I didn’t know what I was talking about because I’m not a numbers person. “You just don’t understand how business works,” he told me.

And yes, there are some people who are just wired to go to work everyday and put in their time and earn a living and watch the business enjoy some growth, and everything’s fine. What’s the big deal? Work is work. You do it. You get paid. You go home. And then if you want to play, great. But work is basically just a way to make a living. It’s just a transaction.

Unfortunately, I was not convincing the accountant with these sentiments. So finally I played the one card I knew he could relate to by saying, “Let me ask you a question: what brought down Enron? Was it the ‘hard stuff’ or the ‘soft stuff’?”

He just rolled his eyes, threw up his hands in exasperation, and stomped off, shaking his head.

As he walked away, I wondered: what do you suppose his emotional intelligence score is? Not that it matters, of course.

Question: What are some stories from your work experience where you wish someone had paid more attention to the “soft stuff” instead of just the “hard stuff”?

NEXT POST ON BillHendricks.net: Five Things to Know Before You Go Work For a Nonprofit