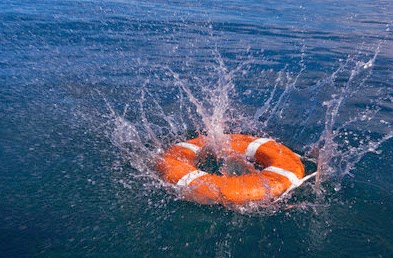 Are you a manager who’s in over your head? Here are five ways you can at least tread water enough to get the job done.


A poll just out from the Gallup organization shows that companies put the wrong people in management positions a staggering 82 percent of the time.

No wonder their research on employment engagement shows that 70 percent of the workforce feel no real attachment to their work. And why would they? If your boss isn’t gifted to the task of managing you, you’re probably not going to enjoy your job very much.

But let’s turn that around. Suppose you’ve been placed in a role where you must manage other people, but you’re not gifted to the task. What do you do?

Well first, let me define what I mean by a “manager.” A true manager is someone who gets work done through other people. Technically speaking, a manager doesn’t do the work. Other people do the work. The manager’s job is to enable those other people to get their work done.

Sounds easy enough, right? But apparently not, if 82 percent of people placed in management are ineffective.

Is there any way someone who is not a born manager can handle at least the essentials of the role? I think so. Here are five lifelines to keep you from drowning. They really boil down to giving your reports what they need to be effective.

1. Provide clear expectations
Whatever else you do, you have to tell people what they’re supposed to do. Not necessarily how—unless the how is part of the expectations. If you need something done a certain way, you have to be clear on what that way is.

It’s amazing to me how many managers expect their people to read their mind. Unless you’ve communicated clearly exactly what your expectations are, people won’t interpret you correctly. They’ll try—and they’ll likely get it wrong and disappoint you. You’ll turn around and tell them they’re not doing it right. But is that fair if you’ve not properly defined what “right” means?

Part of the problem here is that many managers think they’ve set expectations just because they’ve verbalized them. Not so. Better to describe what you’re expecting and then check to see if your reports understand what you’re talking about. If they don’t, you probably haven’t done a good enough job of explaining.

This really comes down to a principle of over-communicating to your people. Meaning you don’t just say it once or use one means of getting through to your reports. You give them lots of different ways to “get” what you’re asking for: group meetings with discussion, individual conversations, written memos, examples of what you’re talking about, standards and metrics that define what’s needed, even demonstrating or using role play to make things clear.

2. Define success
Do you realize that most people want to succeed? The desire for success is just human nature. Which means most of your reports want to turn in a good performance. They may not be acting like it. But what’s the alternative—that they want to fail? That’s ridiculous.

Success means getting the result you’re after (meaning the result your organization is after). So you have to draw a target that spells out in no uncertain terms what that result is. Is it growth? Profit? Domination of a market? Quality? Money saved? Reaching a finish line?

What does achieving that result look like? The more you can describe what success actually means, the more of a vision you will give your reports for achieving it. Now they have something to reach for!

3. Help your people succeed
Remember my definition of a manager: a manager enables other people to get their work done. In other words, they set them up for success. So what are you doing to help your reports go about their business?

Maybe they need more input from you (see above). Or less: some people work best when they work independently. Maybe they need resources: more and/or better materials and tools, greater access to opportunities or networks, more political cover or leverage, or more efficient systems. Maybe they need better training (more on that below). Maybe they need your help in losing a malcontent on the team who is dragging everyone down.

Great managers are facilitators. They keep people moving. If people get stuck, a manager gets them unstuck. If they stall out because they lack something they need, the manager supplies that need.

Think of your reports like the team working in the International Space Station. There they are, 230 miles up there in orbit. Most everything they need to succeed depends on someone from Earth sending that up.

Are you giving your reports enough oxygen to succeed? Are you protecting them from the forces that would bring them down? Are you focused on making sure that whatever else happens, they are able to do their jobs effectively?

4.Tell people how they’re doing
I once met a man whose boss lived several time zones away, and that his last performance review had been two years earlier. Likewise, I worked with a client who was hired into a new job, and after more than three years he still had not received a a performance evaluation.

How can anyone know how well they’re doing and what needs to change if their manager remains silent on their performance?

In my ideal world, I would do away with annual performance reviews and replace them with continuous (i.e., day by day) means of feedback.

One reason so many young people do well in sports is that they always know where they stand. There’s a scoreboard, but more importantly there’s a coach giving instant and constant feedback as to what they’re doing right or wrong, and how they can improve their success, based on their intrinsic core strengths.

People crave knowing whether they’re satisfying expectations. So as the manager you don’t do anyone any favors by withholding evaluation. Just shoot straight, and the be willing to listen as people give voice to what they find helpful or frustrating. If they’re frustrated, do something about that (see #3 above).

Of course, realize that some of your reports are probably not in a good job-fit. If not, you have to adjust your expectations about what they’re really capable of. And maybe you need to just ask them straight out: “Do you really think you’re cut out for this line of work?”

But if someone is doing a job that doesn’t fit them, be empathetic. Remember that you’re not necessarily in a good job-fit either in your role as a manager. So just as you have to do the best you can despite your limitations, they’re likely trying to do the best they can, as well.

5. Offer a path for development
Another aspect of human nature is that people love to grow and develop. Yes, a lot of people get into a job that doesn’t fit them and just settle, with the result that they atrophy. But that’s not what people prefer.

If someone is in the zone of being in a decent job-fit, they instinctively want to know: what do I need to do to get better at this and to advance my prospects and opportunities?

As the manager, you’re in the primary role of helping your reports create a vision for their future and mapping out a plan for how they can get there.

But let me be clear: development is not always the same as advancement. Some people want to end up in management. But not everyone.

Yes, the pay for managers is usually better (why, I don’t know, if 82 percent of managers are ineffective). But most people are actually not incentivized by money. Of course they want to get paid. But they’d just as soon get into a position where they have freedom. Or a better schedule. Or more learning opportunities. Or the chance to work on a significant project. Or to mentor under someone they value. Or to just make more money.

Find out what someone values and help them strategize a developmental path to go get that. You’ll get much better performance from people who feel like they’re getting somewhere, and that their personal goals are being accomplished even as they are accomplishing the organization’s goals.

Okay, that’s your cheat sheet for management. No one says you have to be the consummate manager. In fact, if Gallup’s numbers are any indication, the bar for effective managing is pretty low. All you have to do is satisfy a few basic essentials, and the rest will more or less take care of itself.

And guess what, if your people are getting the job done, you’ll be perceived as a great manager by the people who manage you. Not bad for someone who probably never wanted to mange in the first place!

Question: If you’re a manager, what’s been the hardest thing for you in managing others? If you report to a manager, what one thing could your boss do that would be most helpful?

NEXT POST ON BillHendricks.net: What Do You Do When Your Life Plan Falls Through?