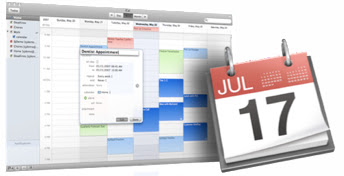 For years I have struggled with a deep, dark secret. Would you like to know what it is?


Of course you do! My hunch is you probably struggle with the same thing. So here it is. . .

My deep, dark secret is that I almost never know what to do right now.

We’re Only Given Today
There’s just one small problem. I can easily think of where I want to be a year from now, five years from now, or even twenty-five years from now (assuming I’m still around). That’s all good. It means I have some North Stars to guide me.

In short, life is daily.

We all seem to know that when it comes to investing our money. Deep down we know that get-rich-quick schemes never work. Instead, if we want to build wealth, we have to sock away money a little at a time, and then let the power of compounding take over. 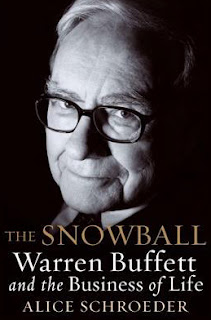 Warren Buffet instinctively understood that principle even as a child. His biographer, Alice Schroeder, reports that he could picture numbers compounding the way a snowball grows when rolled across a snowy lawn. His giftedness fascinated him with the way that numbers “exploded as they grew at a constant rate over time,” such that even a small sum could eventually grow into a fortune (The Snowball).

But somehow we forget about incremental gains when it comes to our time. We want the big payoff immediately. Like, RIGHT NOW!

We Want It All NOW!
I guess that’s a result of our technologically driven culture. As technology gets faster, we seem to recalibrate our mental clocks from Greenwich Mean Time (GMT) to Instant Results Time (IRT). Then we apply that right-now deadline to most everything in our lives.

But we can’t fool Mother Nature—including our own nature. We were not built to have it all right now, but rather to focus on what we’re doing right now. There’s a huge difference!

To illustrate: how would you like to lose some weight? Apparently a lot of people would, given all the ads and commercials for weight loss supplements, surgeries, and diets. Everyone wants to lose weight—right away!

But all the research shows that permanent weight loss is a matter of lifestyle. In the absence of lifestyle changes, quick fixes end up in a yo-yo effect, where you just gain back the weight you’ve lost.

So. . .suppose you eliminated just 500 calories from your diet a week. That’s about two-and-a-half Starbucks Cafè Lattés. Can you do without two Starbucks Cafè Lattés a week? If you do, you’ll get rid of 26,000 calories in a year. Depending on other factors, that translates to more than seven pounds lost—meaning that a year from now, you could weigh seven pounds less.

So now you’re down almost 15 pounds. Pretty good! Do that over 5 years and theoretically you’d lose lose 75 pounds.

But maybe walking seems like too much effort for you. Okay, how about if you just stood up to do your work rather than sitting. If you did that for even four hours, you could burn between 235 and 501 calories a day. Five days a week, and that’s anywhere from 17 to 36 pounds in a year. Just for standing!!

Right Now Actually Matters
Is that really possible? I don’t know. But I do know one thing: we humans only get this present moment in which to live, in which to decide what we’re going to do. If we have an envisioned future (i.e., an aim or a goal), that’s great. In fact, it’s vital. But to reach it, our choices right now and in this moment matter.

That applies to every area of life: work, relationships, personal aspirations, spirituality, everything.

I’ve authored or co-authored about twenty published books. I can assure you that a book is written one word and one sentence at a time. Enough words and enough sentences (edited, of course), and you’ve got a book.

A couple posts ago I talked about how my daughter Brittany Hendricks ended up as a world-class trumpet player. I can assure you that music is played—and practiced—one note and one phrase of notes at a time. Enough notes and enough phrases (properly practiced, of course), and you end up at the world-class level.

My longtime friend Tracy Wood frequently says of people who have seemingly hit the lottery in their career: “They worked 25 years to become an overnight success.”

That pretty much says it all. Slow and steady does indeed win the race. You actually do reap what you sow.

So where are you trying to get to? What’s your North Star? It’s definitely important to nail that down, because if you don’t know where you’re going, you’ll get there every time. But once you’re clear on that, you have to commit to what Friedrich Nietzsche called “a long obedience in the same direction.”

Life is daily. So what are you doing right now?

Question: Tell me, what sorts of things keep you from doing something today that would get you where you really want to go?

NEXT POST ON BillHendricks.net: Seven Stupid Things Employers Do When Hiring