Why You Need a Coach 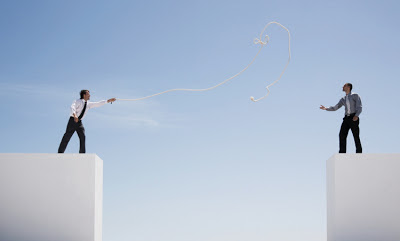 The last few years have seen an explosion in the number of “executive coaches,” “personal coaches,” “life coaches,” and the like. Is this just a trendy fad being promoted by people who otherwise wouldn’t be able to find a job?

I don’t think so. I can think of at least two major reasons why coaches fulfill a legitimate role in our culture—and why you should seriously consider hiring a coach or two of your own.

The Age of the Knowledge Worker
Three thousand years ago, five hundred years ago, or even 100 years ago, no one in the world really needed a coach to figure out their life and/or work. That’s because for most of recorded history, the work of the world was done on farms. Then in the 1800s, when the Industrial Revolution picked up steam (literally), much of the world’s work also took place in factories.

With a farm or a factory, one strong back is as good as another. You can just plug-and-play people. Is someone not performing? Just replace them with someone else.

But then came World War II. Following that war, the world saw the rise of a new kind of work—what Peter Drucker first described as knowledge work. The Information Economy was born.

The advent of knowledge work completely changed the way work is done. Knowledge work is unprecedented in the history of the world (with the rare exception of a tiny minority of people like the philosopher-class of ancient Greece or the artists and scholars of the Renaissance). Knowledge work takes place primarily in the mind. In other words, knowledge workers are paid to think.

If your work is mostly about information, you’re a knowledge worker.

The good news about this development is that knowledge work accesses more of people’s personhood. Knowledge workers not only bring their bodies to work, but their minds, as well. If things are set up properly, they’ll even bring their emotions and their very souls to work.

That is way cool! I myself love the advent of knowledge work!

(By the way, I’m not saying that people who “work with their hands,” as they say, are somehow of lesser importance. They are vitally important! But I find it interesting that even so-called “physical work” like farming, plumbing, or professional sports, is as mental as ever, thanks to to the advent of the Information Economy. That can’t help but make the work much more interesting.)

Okay, so knowledge work is great. But the fact is, we’re only about 70 years into a grand experiment with it. And the truth of the matter is, we still don’t know what we’re doing! Many parts of our culture—even many Fortune 500 companies—are still largely operating with the old factory model for how to do work.

We haven’t yet figured out how to educate knowledge workers, how to hire and position them for effectiveness, how to manage, train, incentivize, compensate, or organize them for optimal effectiveness. The world is on a giant learning curve about all that.

And that’s one reason why you need coaches. Because if you’re a knowledge worker, you’re facing unprecedented challenges. Challenges like:

• How do I work with a boss who knows less about what I’m doing than I do?

• How do I prioritize my work when all of it seems pretty important?

• How do I contend with the parts of my job that don’t inspire me?

• How do team up with other knowledge workers? Who’s really “in charge” if we’re all bringing specialized expertise to the task and are mutually dependent on one another for success?

• How do I collaborate with people virtually, perhaps whom I’ve never met personally yet have to partner with to get results?

• How do I stay current in my field when there are rapidly increasing developments to keep up with?

• How do I stay competitive with people elsewhere in the world who basically know what I know but are able to offer it at a fraction of what I need to live on?

• How do I keep up with with changes in the nature of my work introduced by new products, new technologies, new organizational structures, new compliance issues, etc.?

• How can I download what I now know in order for someone else to avoid having to re-learn it all over again?

• How can I stay interested in my work if I’m someone who has a lot to contribute during one phase of a company’s or product’s life-cycle, but not during others?

• How do I market myself and my services in a world that is virtually linked together? How do I distinguish myself and personally “brand” myself, in order to demonstrate my value?

• How do I balance my professional, “paid” life with my personal and family life? How do I “turn off” my mind in order to rest?

Add in all the other knowledge workers whose work affects your work, and at home maybe a spouse who may also be a knowledge worker, and perhaps a couple of kids who are being educated in a system preparing them to become knowledge workers—it’s a cauldron of complexity!

Doesn’t it make sense to call upon a coach to help us think through some of the things we have to contend with? None of us is smart enough to know everything there is to know about how to function in this Information Economy we’re in. So asking someone to come alongside us (especially someone with the right skills and giftedness) and facilitate a process of personal development has probably become a requirement for playing the knowledge work game.

Most People Require a Coach
The second reason you probably need a coach is that you’re probably like most people, and most people need a coach. It’s just part of how they do life.

I say that after having spent almost two decades specializing in the assessment of people’s giftedness. I’ve personally worked with probably around 2,000 individuals. That’s by no means a perfect cross-section of the population, but it’s still a decent and instructive sample from which to draw some conclusions.

If I were somehow able to show you all of the thousands of Motivated Abilities Patterns (MAPs®) I have ever looked at, I could point out two things. The first is that every person really is unique and different and one of a kind.

The second thing is that more than half of all those people show compelling evidence that they need what we call a “modeling individual” in their life. That’s jargon for a coach. Their history of achievement shows that their greatest and most satisfying accomplishments somehow involved a coach who helped them get where they wanted to go.

Then, when young adults get thrust into society, they are expected to go figure out how the world works. Countless numbers of them flail around at that point because they don’t have a coach. Should they be so fortunate as to meet an enlightened older adult in their workplace who takes them under their wing and coaches them (or mentors them, if you prefer that term), they eventually gain their sea legs and start to perform with confidence.

How about you? Think back to your earlier years in life? Did you have any coaches that made a significant difference in how you performed, whether it was in a sport, a class, a theatrical production, a hobby, a musical instrument, or whatever?

Maybe a coach inspired you. Or tutored you. Or gave you confidence. Or kicked you in the behind when you needed it. Or pointed out a fatal flaw. Or brought to light a hidden strength. Or helped you make a tough decision. Or walked with you through a difficult patch. Or gave you a chance to prove yourself.

If you have a bunch of memories of coaches in your life, that’s a good indication that you thrive when you have a coach.

So who’s your coach now?

If you require a coach, go find one. If you’re feeling a lot of confusion about an area and don’t even know how to process it, chances are you would do well to find someone to coach you in that area.

There’s no shame in having a coach. It’s not an admission of weakness or incompetence. If anything, it’s a sign that you’re taking your life and your work seriously, and you’re not willing to settle for mediocrity. That’s why the best athletes in the world pay hundreds of thousands of dollars to people who can help them improve their game.

Well, the knowledge game is infinitely more complex than any sport. So if you want to succeed in that game, you’ll significantly up your chances by working with a coach who really knows how to help you maximize your personal and professional effectiveness.

Question: Tell me about the best coach you’ve ever had in your life.