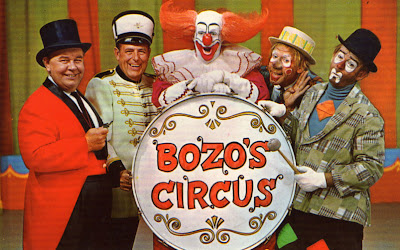 Some days I wonder how anybody ends up in a decent job-fit. I mean, it’s bad enough that most people don’t know what they’re gifted to do. But many employers make it worse by doing some utterly stupid things when hiring.

You may think I’m being harsh by saying that some employers are “stupid.” Why not just talk about “mistakes” employers make when hiring?

Well, let’s distinguish between a mistake and stupidity.

A mistake is an error. We all make mistakes. Remember high school math? Even if you studied hard for the test, odds are you still missed a few of the answers. When you got the test back, you’d check your work and realize you’d made some mistakes in your calculations. It happens.

But now, suppose you never bothered to study for the test in the first place. In that case, you probably made a lot of errors, and got a bad grade as a result. But were those errors just mistakes? No, they were the result of stupidity: you didn’t study for the test!

When it comes to hiring, a lot of employers fail to think things through. With the result that they make bad hires that hurt both the people hired and the organization. 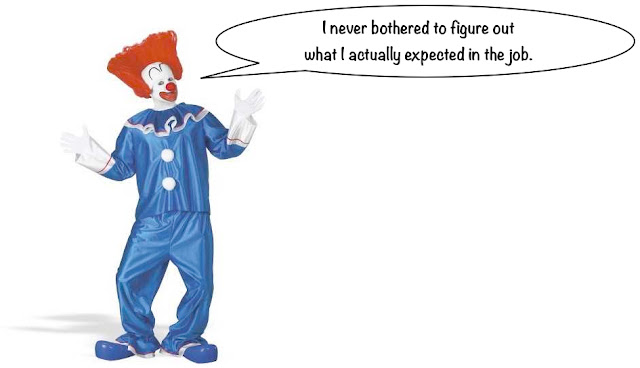 This may be THE most common “mistake” employers make when hiring. I’m amazed at how many positions get advertised for which there is no job description. Or else the job description that exists is irrelevant or out of date.

But how can you possibly make a prudent hire if you don’t know what your real expectations are for the job?

As the employer, you have a picture in your mind for what success means in the position you’re hiring for. Whatever that picture is, PUT IT DOWN IN WRITING—not for the candidate, but for you. That way, you’ll have a template against which to evaluate candidates by asking: “Does this candidate have what it takes to deliver on my expectations for success?”

Hiring on any basis less/other than that is just stupid. 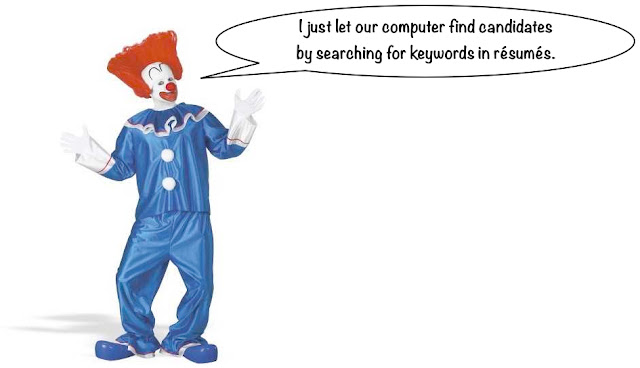 Oh, so your computer is smarter than you are? I already smell stupidity.

Computers are great at counting. They are lousy at judgment.

I know, I know. You’re getting so many résumés in the door that you have to have some way of sifting through them to find the “good” candidates. Well, did it never occur to you that many candidates are smart people who know how to load their résumés with the “right” keywords?

If you play that game, you are indeed turning hiring into a game. You will tend to end up hiring people who know how to game the system. You will not tend to hire people who are the best fit for the job.

And hiring people who are not the best fit for the job is just plain stupid. 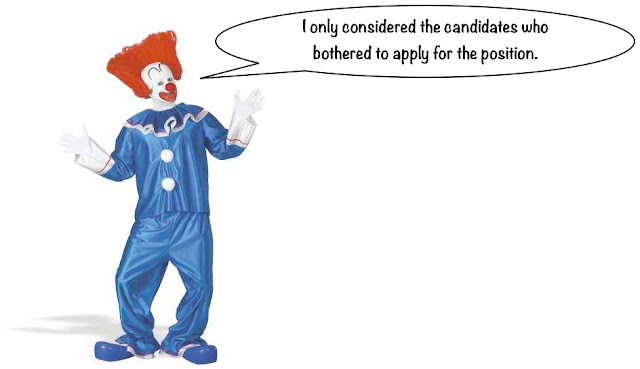 This approach assumes your job is so incredibly wonderful that everyone worthy of it will magically send in their application right away.

Has it not occurred to you that many of the best people will never even look at your position because they are already happily employed elsewhere? They are happily employed elsewhere precisely because they are the best people. Which means you’re going to have to go find them and attract them and sell them on coming to your outfit.

If you just look at candidates who apply for the position, you’re looking at many people who are out of work. Not all, but many. Often there’s a reason they’re out of work. Maybe they’re not the best people. Maybe they have collateral issues like attitude, character flaws, emotional baggage, etc. Is that the best pool of applicants you can come up with?

In a world of 7+ billion people who have amazing talent and giftedness, to only consider people who knock on your door is just plain stupid. 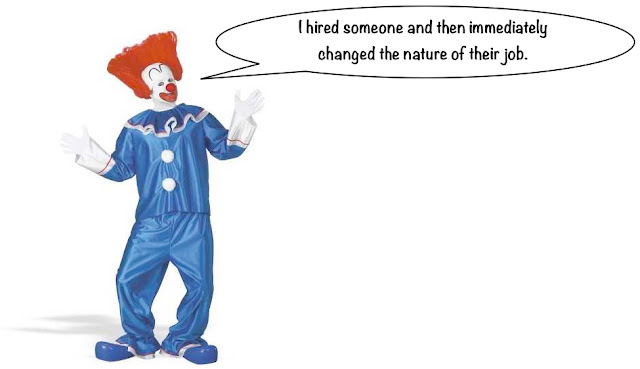 Probably a runner-up for THE most stupid of hiring idiocies.  And yet I see or hear about it all the time. An employer spends time, effort, and money to find and narrow down the candidates, hires the most promising one, moves that person and his/her family across the country to fill the role, and then, once they arrive, completely changes the essence of what their job is all about.

To me, that is horrendously stupid on the face of it. In fact, it’s not only stupid, it borders on the unethical. It’s a bait-and-switch. To think that you would up-end someone’s life, along with their family’s, and raise their expectations, only to shove a completely different set of expectations in front of them once they’re on the job. There ought to be a law against that!

I guess an employer like that thinks that once they’ve agreed to pay someone, that person has to do pretty much whatever the employer tells them to do. But that’s an utterly stupid mentality! That may have been the case back in the Industrial Era. But guess what? Times have changed! In today’s economy, knowledge workers have options. And if you treat people like plug-and-play commodities, it won’t take long for the word to get out that you are not an employer worth dealing with. And then where will you be? 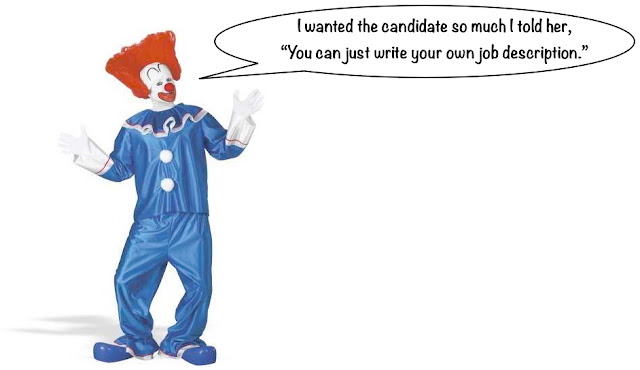 I could write a book about this scenario, it’s so common. What happens is that an employer—usually an entrepreneur—comes across a younger person who seems bright, energetic, and promising. The employer can’t quite put his/her finger on how this younger person could add value. But they are so smitten with them that they write them a seeming blank check, just to get them on board. Their attitude is, “I’ll figure out exactly what I’m going to do with them later.”

It’s a fool’s bargain. The truth is, the boss invariably has ideas in mind for how s/he intends to make use of the new hire and what they’re supposed to do. Problem is, those expectations never get articulated. Result: the person comes on board, wanders and drifts for a while, can’t quite figure out what they’re supposed to do, inevitably fails to satisfy the expectations of the boss, and eventually exits the enterprise with tail between legs and a dark spot on their résumé.

But whose fault is that: the young person for buying the stated promise that “you can just write own job description,” or the employer for not being clear on what s/he needed/expected?

To hire on and be confused about what a job actually entails is an error. But to hire someone and never tell them your true thoughts and expectations for how you want them to add value is just plain stupidity. 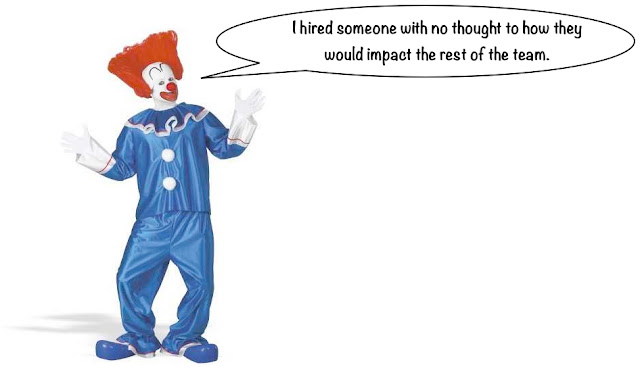 This is the employer who acts as if work is somehow carried out in isolation. The truth is, most work is accomplished by teams. So to make a hire without considering the context of the team affected by that hire is a gross oversight.

Consider this: every time you add one person to your organization, you complicate the potential relational dynamics exponentially. In other words, every person has an effect on every other person. It doesn’t necessarily matter whether the new person even knows or interfaces with all the other people. There’s an effect nonetheless.

What particularly galls me is the hire made with zero thought to the people affected above, to the side, and below that hire.

The smartest employers actually include everyone affected by a hire in the hiring decision. Which leads to the conclusion that if you don’t even bother to consider those other people as you bring someone into the organization, you’re ignoring some pretty important input. To ignore important input seems to me to be pretty stupid. 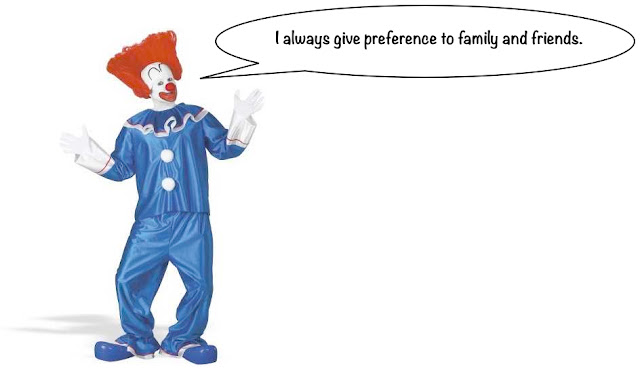 I’m guessing that 60-75 percent of us would see the stupidity of this notion on the face of it. But when you consider all the family and small business enterprises out there, you can kind of see why this practice would be so widespread.

At one level, it makes sense. Family and friends are seemingly safe hires. There’s a history there. You’re hiring someone you supposedly “know.”

But know in what way?

People who automatically give preference to hiring family and friends manifest a view of work that says: “I don’t really care whether you’re competent or not. I have some goodies (a job), and I’m going to show favoritism in dispensing those goodies because it’s in my power to do so. By doing that, I’m showing that I don’t really care about the quality of what my customers end up receiving, or about the other people in my organization and the competence of the people they have to work with. All I care about is that my family and friends get preferential treatment.”

Anyone with that business model is just plain stupid. I’m not saying that a family member or a friend may not be THE best person to put into a role within your organization. They may well be. But if the only reason for putting them in a job is because they are family or a friend, then you’re not thinking wisely about how you create value for your customers. You’re only thinking about the interests of your family and friends. In this day and age, that’s a pretty stupid way of doing business.

These are just a handful of the countless ways in which employers make brainless errors in the way they go about hiring. It wouldn’t take much to correct these kinds of gaffs. Just some time and thought. But then, isn’t that the real problem with our world today: no one seems to have time to think anymore.

Which is another reason to get your hires right. When you hire the right people and do it the right way, you don’t have to manage them nearly as much, which frees up time for more important matters—like thinking.

Question: What are some stupid hiring practices you’ve seen or experienced?

NEXT POST ON BillHendricks.net: The Number One Reason Why Parents Shouldn’t Try to Help Their College Student Figure Out What To Do With His/Her Life