The Boy Who Loved to Steal 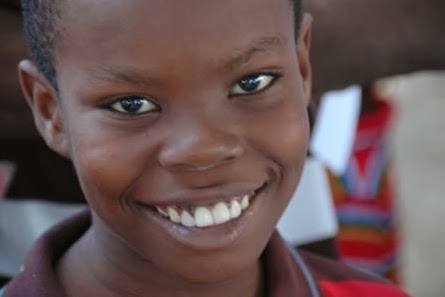 No one likes a thief. Not even if the thief is a poor little orphan in Haiti. Well, this is the true story of a boy who could not stop stealing—and it’s a good thing he couldn’t!


My friend Jerrie Moffet, who’s been teaching first grade for thirty years, told me about a young orphan whom one of her colleagues encountered in the slums of Haiti.

You remember Haiti, right—the country where a magnitude-7.0 earthquake killed between 46,000 and 85,000 in 2010, leaving permanent misery for a population of already impoverished people (many of them descended from slaves) to fend for themselves? Life in Haiti has been a battle for survival since even before Christopher Columbus set foot on the island in 1492.

Today, 57.3 percent of Haitians live in extreme poverty. As a result, more than 225,000 children have been sent by their parents to work as “restavecs” (unpaid household servants) because they cannot afford to support them.

For those who have no parents--well, who wouldn't be reduced to theft growing up in conditions like that?

A Born Thief?
This particular little boy began stealing even before he was old enough to start school. He stole radios, cell phones, calculators—any sort of electronic gadget he could find. Needless to say, he became the bane of his village.

Each time he was found out, he was warned, threatened, punished, corrected. All to no avail. Like a seeming kleptomaniac, he returned again and again to the crime of theft. Nothing seemed to make a difference for this incorrigible little boy.

Nothing, that is, until someone took the trouble to find out why he was stealing. Was it to sell the goods for food? No. Was it to fence the heists for drug money? No. Was he being forced to steal by an adult? No.

This little boy kept stealing because he wanted to understand the equipment! He was fascinated by how the various electronic devices worked. He couldn’t read. He wasn’t old enough to take classes in electrical engineering. He had no access to YouTube or other on-line sources of information. His only means of satisfying his curiosity was to get hold of a device and tear it apart to find out what made it tick.

Finding out that what makes things tick was something this boy was exceptionally accomplished at. It was his giftedness.

When the boy’s precocious behavior came to light, someone had the bright idea to encourage him in learning as much as he could about consumer electronics instead of punishing him for it. Soon he developed a thriving cottage industry fixing broken gadgets for his neighbors and people living in the surrounding communities.

In short, a thief turned into an entrepreneur!

No one likes a thief. And I certainly don’t condone stealing. But one thing is clear: human giftedness is present from a very early age, and neither the disadvantages of poverty nor the active attempts of adults to “correct” a child’s behavior will have the slightest effect on changing it. At best, all those external influences serve to do is to shame the gift and drive it underground or turn it to the dark side.

The better path is to try and recognize, acknowledge, celebrate, and honor a child’s giftedness. For therein lie the seeds of a person’s true greatness.

Question: Have you seen examples of how childhood behavior that seemed anti-social was actually an honest expression of innate giftedness—whether in yourself as a child, or in others?

NEXT POST ON BillHendricks.net: What’s Wrong With Waiting Tables?