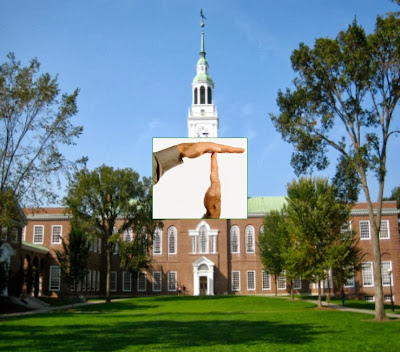 Sometimes the best strategy for going to college is to NOT go to college—at least, not in the traditional way. Four years and then graduation works for some. But a lot of students would be better served to take a year off. Here are three reasons why.


In a few days, millions of college students will be heading home for the holidays. If you’re the parent of one of those students, you’re probably going to ask: “So, how’s school going?” Obviously you want to know whether they’re having a good experience. And whether your money is being well spent.

But the most important thing to listen for is not whether they “like” college, but whether they are gaining any sense of direction for what they’re going to do with their life. Lots of parents just assume that colleges help students do that. Unfortunately most of them don’t.

If your student has spent a year or two (or three) in a futile attempt to “land” on a specific direction, consider the radical idea of taking a year off from school. In fact, if you have a senior in high school who appears totally unprepared for college, don’t be in such a rush to enroll them. Think about waiting a year.

I know that in the U.S. there’s a certain social stigma that many teens fear in taking a leave of absence or delaying enrollment. But there’s absolutely no shame in doing either one—and it may well save their life, or at least their sanity.

The so-called “gap year” has numerous advantages that many families have never considered. Let me just mention three.

It Can Be a Year to Grow Up
For a lot of students struggling to make college work, the basic problem may simply be maturity, or lack thereof. That’s because a lot of colleges are just a continuation of high school, only without adult supervision. In too many cases the result is a giant four-year party that actually encourages a person not to grow up.

A year away from that craziness may be the best thing that could ever happen. After all, if you stop hanging around immature people and start hanging around mature people, what’s the most likely outcome? That you yourself will start to gain some maturity. At a minimum you’ll start to see what the world looks like through adult eyes.

And isn’t that what a young adult not only most needs, but deep down most wants—to actually become an adult? They may be afraid of what that means. But the best way to surmount that fear is to hang out with adults who can invite them into the adult world.

But wait a minute, isn’t that what college is supposed to be about in the first place? I would like to think so. And if more colleges were intentional about doing that, I couldn’t point to increased maturity as a reason for considering a gap year. But in the last ten years I’ve had too many twenty-somethings tell me that college has become the new high school, and it just prolongs adolescence. Not all colleges, certainly. But if I were going to pick one institution in our culture that helps adolescents grow into young adults, it would not be college. It would probably be the military (but that’s another story).

If a young person already has quite a bit of maturity, college can be an outstanding experience. But if not, college can be a disaster. A year to figure out how the world works and what it’s going to take to make it work for you seems like a pretty sound investment, considering what’s at stake.

It Can Be a Year to Experience the World
That brings us to a second advantage of the gap year: seeing life for what it is.

Not long ago I did a series of projects with a community college. I discovered that most of their students had gone right into the work world upon graduating from high school. Now they were studying to qualify for specific occupations that interested them. I must say, I’ve never seen such focused, mission-critical students in my life! They knew exactly why they were at school and exactly what they wanted out of the experience.

I can say the same for the handful of four-year college students I’ve known who took a gap year. They understand how the world works. If they spent their gap year working, they know what it means to hold a job. They appreciate the value of a dollar. They have a perspective on real-life issues like working under a manager, working on a team, handling customers, working your way up, and paying attention to your appearance.

If they spent their gap year abroad—say, doing a service project or volunteering at a school or mission—they now have a perspective on how blessed they are. They understand the gift of education. They have some insight into the value of freedom. They certainly have a new set of metrics by which to evaluate what really matters in life.

There are many ways to spend a gap year. But assuming it’s not just squandered on partying, it can be a great way to survey the menu before ordering. If you broaden your understanding of what’s out there, you’ll make a much more informed decision when it’s time to commit to a path.

It Can Be a Time to Gain Direction
As things currently stand, the one question a young adult most needs to answer is the one that college never addresses: Who am I?

I know, I know. Countless professors say their main objective is to help students figure that out. Some of them actually make good on that noble intention. But a lot of others just throw a boatload of confusing ideas and opinions at students as their “method” for promoting insight. The result in too many cases is a very lost person.

Questions of identity and purpose take a while to answer, so I’m not suggesting that a person will figure all that out in a year’s time. But I know this: higher education seems to work best when someone has a basic sense for what they’re all about and what direction they want their life to go in.

A gap year can be a great opportunity to think about what you really should do with your life. Especially if you’re intentional about doing that. The place to start is to gain some understanding of your giftedness. Then you can begin to explore places in the work world where they pay people to do what you are wired to do. That can help you narrow down your options, so that when you do go on for more education, you know what that education needs to be and where it’s all leading. You’re no longer just wandering around. You have a direction. You have confidence.

Making It Count
Of course, the only way a gap year makes sense is if you make it productive. Sitting around the house watching TV, playing video games, or social networking is not going to yield anything worthwhile. It’s the same as partying at college, only less expensive.

The better way is to get a job. Or take a year abroad as a volunteer. Or explore another culture. Or hire on as a nanny. Or sign up for a fellowship program aimed at helping you think about your life and calling (there are more and more of those all the time). If you invest your time in a meaningful engagement that allows you enough margin to think and reflect, a gap year can literally be worth gold.

The key is to make it count. Make it intentional. Use the time to gain what you need to make college make sense.

Question: Do you know anyone who has taken a gap year? What difference did it make for them?